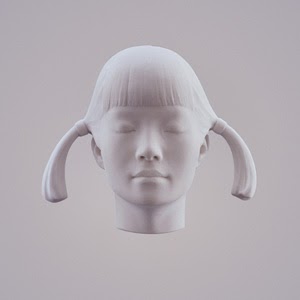 Spiritualized, formed by members of Spacemen 3 after that group’s dissolution and led by Jason “Spaceman” Pierce, spent most of the Aughts in the shadow of their third album and masterpiece, Ladies and Gentlemen We Are Floating in Space (’97).  A natural progression from the opiated space-rock of the group Pierce led with Peter “Sonic Boom” Kember from ’82-’89, Spiritualized evolved beyond the majestically blunted grasps for sun-kissed ecstasy of its first two LPs for the sprawling sonic palette filtered through American blues and jazz forms of the monolithic Ladies and Gentlemen.  While Lay Back in the Sun from second album Pure Phase (’95) serves as the definitive exaltation of hedonism, Ladies and Gentlemen lyrically focuses on heartbreak and how to numb its pain—one of hedonism’s darkest sides.  The inclusion of horns, strings, and a choir sublimely embolden the effects-heavy arrangements.  The album received a deluxe reissue in ’09, the only Spiritualized release to earn such a treatment in the Aughts.  With the attention lavished on Ladies and Gentlemen between its release and reissue, it was easy to overlook the three studio albums released by Spiritualized during the decade.

Pierce fired several members after the release of Ladies and Gentlemen; by the time of Let It Come Down four years later, the group had been almost entirely rebuilt to include two former players from Julian Cope’s backing band.  Though his band now barely resembled its first incarnation, Pierce’s lyrical themes of freedom, catharsis, and ascension remained present.  Let It Come Down nakedly examines the dichotomy between flesh and salvation.  It opens with a ragtime piano frill and Pierce singing, “Let’s see how high we can fly/Before the sun melts the wax in our wings”; this icarian dare, repeated elsewhere, is an apt metaphor for the wantonness examined therein.  Though the habits outlined are excessive, they accompany idleness: “I’m planning on sleeping my life away” (Do It All Over Again); “I like to sit around/I’m just contemplating/sittin’ round” (Don’t Just Do Something); in The Twelve Steps, steps nine to eleven are simply staying in bed.  Excess is celebrated most explicitly in this last song—a frantic rock blast startlingly different than the album’s several purely orchestral arrangements—which states bluntly, “The only time I’m drink and drug free/Is when I don’t have to pay for what I need.”  The album’s side breaks emphasize the pattern of repeated abuse: side one, ambivalent laziness, likely hungover; a return to excess on side two; side three, its impact on loved ones; side four, Pierce’s pleas to God for salvation.  The yearning for religious epiphany is mocked (“I don’t think I’m gonna find Jesus Christ/So I’d rather spend my cash on vice,” The Twelve Steps), wistfully discarded (“If Jesus is the straight path that saves/Then I’m content to live my whole life on the curb,” The Straight and the Narrow), and, on the final two songs, desperately begged for.  Pierce originally performed the closing track, Lord Can You Hear Me, on the ’89 Spacemen 3 album Playing With Fire; here it is slower and bolstered by a gospel choir; Pierce’s repeated plea of “Lord can you hear me/Hear me at all?” makes for a compelling case that, despite earlier glibness, his pain is real and his torment about spirituality is no metaphor.  When he sings “The devil makes good use of these hands of mine” on The Straight and the Narrow, he sounds helpless yet resigned to his choices.  Let It Come Down suffered from the pressure of being the follow-up to a masterpiece, and is a denser, less immediate album, but perseverance reveals strengths that, in exposition and emotional impact, make it no less a stunning achievement.

Highlights: Do It All Over Again, The Straight and the Narrow, The Twelve Steps, Stop Your Crying

Sublime bit: The final two minutes of Lord Can You Hear Me, its arrangement swelling as Pierce and the choir plead for redemption.

Read the NOYOUCMON mission statement here.
Posted by noyoucmon at 3:11 AM No comments: