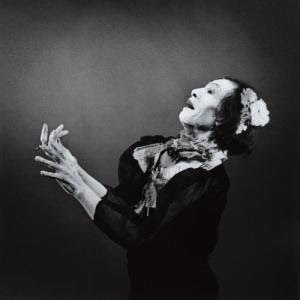 93. The Crying Light, Antony and the Johnsons (Secretly Canadian, 2009)

After fifteen years of singing and conceptual performance in the NYC art scene, Antony Hegarty found success with his second studio album, ’05’s I Am a Bird Now.  Controversial winner of the Mercury Prize—an award for UK-only artists, and the England-born Hegarty had lived in the U.S. since age ten—Bird is a nakedly emotional examination of gender identity draped in Hegarty’s ethereal yet muscular croon.  In the years after Bird, Hegarty filled many guest slots, most notably working with Lou Reed as well as serving as vocalist for Andrew Butler’s electro-dance project Hercules and Love Affair on their eponymous ’08 LP.  Hegarty’s personal recording pace is slow at best, however, and when the hotly anticipated The Crying Light arrived it was only his third album in eleven years.

The four-track EP Another World preceded The Crying Light by three months, its title track appearing on both; the two records’ aesthetic presentation echo that of I Am a Bird Now, cloaked in wordless sleeves with stark, monochrome photographs capturing real-life examples of gender fluidity.  While Bird's explorations of sexual identity were housed in a photograph of Warhol transvestite associate Candy Darling, The Crying Light and its related EP show male Japanese conceptual dancer Kazuo Ohno.  Ohno pioneered a highly conceptual style of dance termed butoh, embracing controversial sexual themes as early as the 1950s, its performers often in drag.  Ohno performed into his nineties; confined to a wheelchair and 102 years old at the release of The Crying Light, his work’s trajectory echoes the themes of Hegarty’s LP: nature, the soul, aging, and transmutation. While Bird examined people’s relations to themselves, Light finds its subjects relating not just to the world around them but also to eternity.

Another World’s narrator, readying for death—or perhaps just some type of metamorphosis—says goodbye to temporality.  “I need another world/This one’s nearly gone,” sings Hegarty, suggesting it may not be him that is dying; he lists a dozen things he’ll miss, including sea, snow, bees, and things that grow, before concluding “I’m gonna miss the wind/Been kissing me so long.”  This evocative, romantic hymn is the album’s centerpiece.  The Crying Light’s music is even more delicate than the piano balladry and dark, restrained pop of I Am a Bird Now.  Guitar and bass do figure in the Johnsons’ roster here, but several songs find the group and pianist Hegarty accompanied by a chamber orchestra and the arrangements are beautifully austere.  The record’s feng shui is impeccable; there are 27 musicians credited, yet the album’s sound is never cluttered or overwhelmed by activity.  One Dove, for example, features a variety of percussive crackles, a horn section, and a recorder embellishment, but the song still feels clean and spacious.  Kiss My Name is the album’s mid-tempo pop showpiece, its elegant melodies propelled by a twirling string arpeggio and gentle flutes.  In its sparkling, poppiest moments and soberest ruminations alike, The Crying Light is among the Aughts’ most lovely, gripping sets of songs, and with I Am a Bird Now it forms one of the decade’s most stunning pairs of albums.

Highlights: Kiss My Name, Epilepsy Is Dancing, Aeon, Another World

Sublime bit: Hegarty’s urgent, impassioned repetitions of “That man I love so much” in the closing verses of Aeon, a love song to Father Time.

Read the NOYOUCMON mission statement here.
Posted by noyoucmon at 2:30 AM