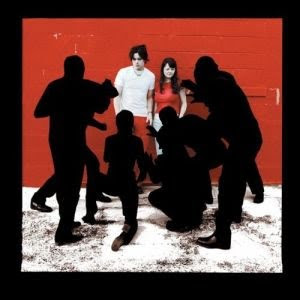 The White Stripes became the most successful in a line of two-person, post-punk rock groups ranging from Flat Duo Jets and House of Freaks in the ’80s to Aughts contemporaries the Black Keys, the Kills, and Japandroids. The Detroit-spawned co-eds transcended their garage-blues indie roots to become bona fide rock stars in an era when the Internet-led polarization of the music business made that a harder task than ever. Led by mercurial polymath Jack White, the band is highly conceptual, aware of the power of presentation, and rich in mystique (the once-married couple famously claimed to be siblings). Their effectiveness is due to talent and masterful control of image, not merely reliant on the novelty of being a twosome.

White, born John Gillis, worked as an upholsterer while playing in numerous conceptual local groups. Still working with other bands, he started playing in mid-’97 as the White Stripes with his new wife and novice drummer Meg White. The couple played raw, energetic, punk-inspired blues rock, releasing a debut single in ’98. Gillis’s country-punk outfit Two-Star Tabernacle continued until ’99, the two bands sharing songs including a handful that would end up on White Blood Cells. As late as 2000, he released music outside of his project with White. By then, the White Stripes had released their eponymous debut LP and ’00 follow-up De Stijl was not far behind; for the next five years, though, the White Stripes would be his primary musical project and Gillis would no longer use his given name. The White Stripes (’99) and De Stijl are full of short, biting workouts carried by Jack’s blazing guitar work and Meg’s simple, primal drumming. White’s guitar playing, like his obvious influence Jimmy Page, harkens back to early 20th-century blues; Robert Johnson, Son House, and Blind Willie McTell covers appear on the two albums. The band is no mere tribute act, though, and Jack White possesses a wide storytelling range affording his lyrics a theatrical distinctiveness.

The third White Stripes album, White Blood Cells, is a striking progression that earned the duo a major-label deal and their first gold record. The sixteen original songs, most under three minutes long, remain informed by blues while making room for acoustic cowpoke jangle (Hotel Yorba); brash, snotty punk (Fell in Love With a Girl), and gentle, nursery-rhyme balladry (the nearly percussionless We’re Going to Be Friends). The Union Forever is a slow-broiling, oblique interpretation of Citizen Kane, accompanied by an ominous, churning organ background. Dead Leaves and the Dirty Ground and I Smell a Rat are arch, melodramatic pieces, the latter featuring teasing Spanish guitar arpeggios and almost operatic in its vocal delivery. The entirety of the 50-second Little Room finds Jack’s vocals accompanied only by a pounding, static drumbeat; the album’s closing fragment This Protector is a duet featuring Jack on piano. The variety of musical stylings, the songs’ exhilarating efficiency, and the sharpened dynamic between Jack and Meg make for one of the decade’s strongest albums. The White Stripes would remain compelling throughout the Aughts, releasing three more full-lengths, but their breakthrough effort White Blood Cells remains the finest distillation of their talents.

Highlights: Dead Leaves and the Dirty Ground, Fell in Love With a Girl, We’re Going to Be Friends, Offend in Every Way

Sublime bit: The 110 seconds of Fell in Love With a Girl create a breathless excitement, relieved only by Jack White’s between-verse moaning.