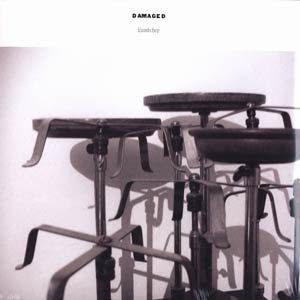 A lot transpired for Lambchop and leader Kurt Wagner in the thirty months between the ’04 joint release of the Aw Cmon and No You Cmon LPs and their ninth studio work, Damaged.  The fluctuating Nashville collective, often claiming over a dozen members, had made eight studio albums in a decade, each a progression of their meticulous, elegant update of the ’50s Nashville sound melding country with strings and its ’70s Countrypolitan descendent that subtly incorporated soul music.  In ’05 they released the CoLAB EP, a mutual effort with ambient duo Hands Off Cuba--consisting of Lambchop members Ryan Norris and Scott Martin.  Three of its four tracks find Lambchop tunes rearranged into unrecognizable electronic pieces; this work would figure heavily in the creation of Damaged.  Early ’06 saw two rarities compilations released, both titled The Decline of Country and Western Civilization and featuring different track listings in its US and UK guises.  Most grave, though, was Wagner’s series of health crises including jaw replacement surgery and a bout with prostate cancer.  He recovered, his difficult year informing the typically quotidian lyrics on Damaged.  The album’s inner sleeve features an x-ray of his jaw.

Despite these troubles, Damaged was the lushest, most beautiful Lambchop album to date.  Recorded by their longtime producer Mark Nevers, its sound is more luxurious than that of earlier Lambchop records and is bolstered by string arrangements on three tracks; the songs are linked by electronic interludes constructed by Norris and Martin from samples of the record’s own material.  More subtle than the pieces on CoLAB, they give the album a finespun undercurrent.  Numbering eighteen musicians here, the complex orchestrations of Lambchop circa late-summer ’06 seem to hinge on the understated guitar of William Tyler and the deft piano of Tony Crow.  Wagner’s lived-in baritone is mixed higher on Damaged; on the ’04 albums it was often so low that it disappeared among the accompaniment.  While those LPs featured many upbeat tunes stemming from a Wagner project of writing a song every day for a year, the songs on Damaged stretch out, revealing their more premeditated gestations.  The album opens with its most absorbing number, Paperback Bible.  A literal transcript of a radio call-in show devoted to trading household goods, it exemplifies Wagner’s knack for making the mundane heartbreakingly lovely; Crow’s rationed piano lines appear every minute or two, adding more fragile beauty.  I Would Have Waited Here All Day is a rare male-sung song with a female narrator.  It depicts a woman who spends afternoons at home waiting for her lover to arrive, noting that “The fading sense of anticipation/Is something I’ve come to know”; when he does pull into her driveway, she resignedly concludes “it’s been a lousy day.”  The sole straightforward tune from CoLAB is reprised, here titled Prepared [2], to whose swelling string quartet Wagner declares “I am the most undisciplined of man.”  The closing number, its title taken from the band’s ’06 rarities compilations, is a bombastic, angry survey that takes in the indie-rock blogosphere (“You see your Pitchfork I-rock saviors/And I’m sorry, I still prefer Jim Nabors”), Wagner’s health problems, and KKK leader Nathan Bedford Forrest, each verse concluding with the fuming “Damn, they’re looking ugly to me”; by song’s end, the self-deprecating, romantic Wagner has calmed, quietly concluding “And I’m still alone/But you’re good looking.”  Damaged is a striking album, borne of artistic growth and personal difficulty, and a highlight of Lambchop’s expansive body of work.

Highlights: Paperback Bible, The Decline of Country and Western Civilization, Fear, The Rise and Fall of the Letter P

Sublime bit: The entirety of Paperback Bible; or, alternatively, Tony Crow’s sparkling piano lines that run intermittently through that song.

Read the NOYOUCMON mission statement here.
Posted by noyoucmon at 12:54 AM