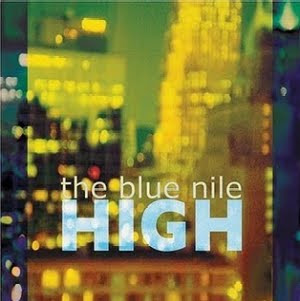 Glaswegian trio the Blue Nile has many of your average cult act’s badges of honor: by decade’s end, they’d recorded only four albums in 29 years; they rarely tour; as late as spring 2010, they had no active Web site.  Unlike the average gritty cult rock group, though, the Blue Nile is a polished adult contemporary outfit whose first album was commissioned by an electronics company in need of slick music to test stereos.  Their first record, the ’81 one-off single I Love This Life, is an anomalous upbeat rejoicing; still, the hallmarks of their later work are present--earnest lyrics of the human condition; the sturdy, weathered yet emotive vocals of frontman and composer Paul Buchanan; and impeccable arrangements built on beds of synths.  The ’83 debut LP A Walk Across the Rooftops and ’89 follow-up Hats depict urban ennui and romantic yearning, alternatingly sparkling and tranquil, the latter generally considered their high-water mark.  ’96’s Peace at Last saw a musical departure, many of its songs built on acoustic guitar, its lyrics shifting to matters of contentment and permanence in love.

The sole Blue Nile effort of the Aughts, fourth album High, returns the group to synth-based music.  It recalls aspects of the trio’s Eighties work, conjuring rain-spackled pavement and the soft night lights of the city.  The lyrical themes see a convergence of Buchanan’s earlier studies of urban life’s melancholia and more recent examinations of family life.  The Days of Our Lives and the title track mournfully depict the vagaries of modern life that pull us away from our loved ones; traffic is used as a metaphor for inertia.  In the former, he creates sketches of men and women, possibly looking for each other without knowing it; in High, he sings “Look at the morning people/Going to work and fading away.”  The most mournful number, Because of Toledo, is an acoustic piece reminiscent of Peace at Last and sung in third person about a lonely, transient world of motels, diners, and “lipstick and cocaine traces.”  The world-weary observances of strangers are balanced with the album’s more personal moments.  At their most optimistic moments, the songs still maintain a sense of longing.  The narrator of Everybody Else wakes up happy, feeling lucky, but disclaims “I don’t want to be everybody else/When are we gonna be ourselves?”  The hopeful young girl in She Wants the World just makes the narrator say, “Stop bringing me down.”  Broken Loves finds a parent taking stock in his own failed romances and promising to help steer his young son away from a life of the same.  A repetitive keyboard figure pulses throughout the song, with no choruses or melodic resolution, capturing the stress and momentum of real life.  High, like the rest of the Blue Nile’s work, is a starkly passionate effort that manages earnestness without being overbearing.  Its lineup intact after nearly three decades, the Blue Nile is a stalwart group whose glacial recording pace makes its albums all the more special.  While its seniority in the catalog finds Hats generally considered their high-water mark, High is arguably their strongest work.

Highlights: I Would Never, She Saw the World, The Days of Our Lives, Because of Toledo

Sublime bit: Buchanan’s aching croon of “Is there anybody there who knows me?” at 1:39 in I Would Never.

Read the NOYOUCMON mission statement here.
Posted by noyoucmon at 1:45 AM