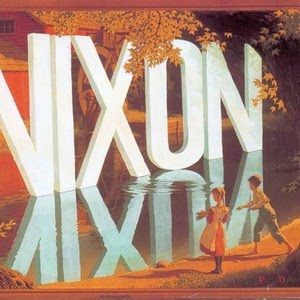 Kurt Warner quietly led his Nashville group Lambchop through the bulk of the ’90s, keeping his carpentry day job while releasing four LPs and one mini-album between ’94 and the decade’s end.  His collective, boasting a dozen or so members from release to release, slowly polished a modest sort of American musical quilt bridging country, rock, and soul.  Wagner’s natural voice is folksy and unadorned with a slight twang; he is capable of lush crooning, though, and from time to time uses a convincing falsetto.  The band’s instrumentation is broad, including piano, organ, vibraphone, strings, horns, and an assortment of percussion; the arrangements often understated, most songs unfold casually at quarter speed.  The music is often elegantly sparse, the ballads complemented by the occasional rave-up and, especially in the lyrics, a mild irreverence all the more striking because of the sedate music.  The group’s first clutch of releases, through the ’96 EP Hank, show a group finding its sea legs; often pleasantly shaky but not without success--2nd LP How I Quit Smoking (’96) is an early high point--their ’90s catalog is a charming set of preparatory materials for the bracing work they would accomplish in the Aughts.

Nixon, the sixth Lambchop record, expands on the developments of its predecessor, What Another Man Spills (’98), which included a faithful Curtis Mayfield cover, Give Me Your Love.  Just as when Porter Wagoner invited James Brown to the Grand Ole Opry, this crossover reveals the continuity between soul and country.  Nixon, in turn, is Lambchop’s soul album.  It swings more than any of the group’s previous work, and Wagner employs a passionate falsetto on nearly half the tracks.  Of Nixon’s soul showcases, You Masculine You and What Else Could It Be are sung entirely in falsetto, the latter with a sleek, mature disco arrangement; shimmering violin cascades are provided on that track and several others by guests the Nashville String Machine.  Grumpus is a grooving, brawnier affair, Wagner’s vocal skirting the rhythm ever so slightly and shooting to the higher registers at the end of the bridge.  The Book I Haven’t Read is even given a Mayfield co-credit, due to its similarity to his ’85 tune Baby, It’s You.  The album’s one single and the band’s only near hit, Up With People, is anomalous in the Lambchop catalog; a pulsing number with a diamond-sharp gospel chorus, its refrain finds Wagner and the choir freely declaring “We are screwing/Up our lives today.”  The album’s finest expository achievement is Nashville Parent.  The epitome of Wagner’s ability for documenting the mundane, it depicts domestic scenes of standing against the kitchen counter with arms crossed, neighbors fighting after a drinking binge, and spitting on the sidewalk but ending up having to wipe it off your shirt.  All of this is delivered in a silky vocal befitting a Johnny Mathis record, the accompaniment the first shining example of the smooth country-soul melange the group would perfect on later albums like Is a Woman (’02) and Damaged (’06; see #90).  The performances and Mark Nevers’s production are leagues beyond earlier Lambchop works.  The accomplishments of Nixon served Lambchop well; the band heretofore largely unknown, Nixon scored them Album of the Year in UK magazine Uncut.  That they would go on to even bigger musical accomplishments is testimony to Lambchop’s status as perhaps the most underrated rock group of the decade.  As for Nixon’s relation to the 37th President, his administration concurred nicely with the rise of the modern soul and disco to which Lambchop pay homage on what is their first great album.

Highlights: Nashville Parent, Up With People, Grumpus, You Masculine You

Sublime bit: When, achingly, Wagner sings the line “You look pretty swell/In your new position” for the second time in Nashville Parent at 4:57.

Read the NOYOUCMON mission statement here.
Posted by noyoucmon at 1:34 AM