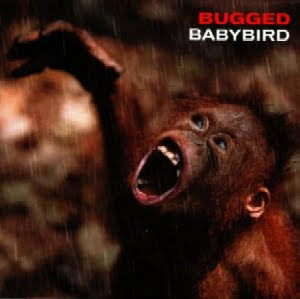 Experimental actor and amateur recordist Stephen Jones spent much of the ’90s making hundreds of solo demos, releasing many in a series of inventive and irreverent lo-fi albums under the moniker Baby Bird.  They revealed Jones to be a natural at numerous styles--ambient instrumentals; aching, falsetto-laden ballads; nutty, Casio-driven pranksterism; and effortlessly catchy pop.  Each came with a postcard asking listeners to vote for their three favorite songs.  Interest brewed in the British press, and after his fourth LP Jones scored record deals in the UK and US. For the big-league debut, Ugly Beautiful (’96), Jones and his touring band recorded slick new versions of songs chosen by the postcard voters; a few new tunes were recorded as well.  One of the new tunes, the bubbly You’re Gorgeous, became a #3 UK hit and the group was temporarily swept up in the commercial tidal wave of Britpop.  After this, Jones issued a fifth solo lo-fi work, Dying Happy (’97); for the next studio album, Jones and the group (less keyboardist Huw Chadbourne) retreated from the high-spirited stylings and chart pressures of Ugly Beautiful.  There’s Something Going On (’98) is not short on catchy tunes, but is weighted more heavily toward dark, melancholy material; the album is stronger and more unified than its catch-all predecessor.  No more hits were forthcoming, though, and the group’s US label dropped them without releasing the album; as the Nineties ended, Jones and Babybird returned to cult-act status.

The third Babybird album, Bugged, appeared in the first year of the new decade, the group down to a trio including new member and longtime Babybird engineer and collaborator Matt Hay.  The most energetic, inspired Babybird record to date, the beat-happy Bugged opens boisterously with the thumping, guitar-spiked dance tune The F-Word (later used as theme music for TV chef Gordon Ramsay’s cooking show of the same name).  Eyes in the Back of Your Head and Till You Die follow a similar raucous model, but the album’s most sparkling moments come with its calmer tunes.  Fireflies has a gentle drum loop and simple piano line, its choruses of “If I find them/I’m going to kill them” highlighting Jones’s knack for turning caustic lyrics into pretty melodies.  Wave Your Hands manages to spin a cliche into a beautiful multi-tracked vocal showcase (“Throw our hands in the air/And wave them in the air/Like you just don’t care”).  The album has the plushest arrangements of Jones’s catalog to date; Hay’s programming adds many fine touches, like the synth trumpets in Getaway and strings on All I Want Is Love.  After Bugged, the Aughts saw Jones release three albums under his own name (including two sets of ambient “soundtracks”) and an ’08 double album eponymously credited to Death of the Neighbourhood.  He occasionally revisits the Babybird label, as with the ’06 Between My Ears There’s Nothing but Music; for an ’02 box set of the lo-fi recordings he even made a sixth volume, The Black Album. They all have their moments, but Bugged is his strongest Aughts release by far and a perfect entry point to his complex discography for those unable to locate his classic lo-fi albums.

Highlights: Fireflies, The F-Word, Wave Your Hands, All I Want Is Love

Sublime bit: The shimmering, minimal piano lines that flit through the choruses of Fireflies.