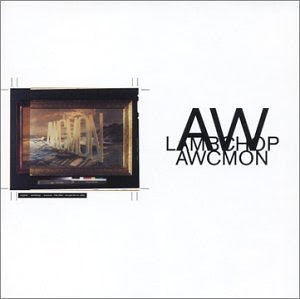 The Aughts began on a high note for Nashville country-soul adventurers Lambchop.  Their ’00 album Nixon was named Album of the Year by UK mag Uncut at a time when the fluctuating confederation of over a dozen members was relatively unknown in their homeland.  ’02 follow-up and somber epic Is a Woman was an artistic breakthrough and their best-produced LP to date.  These albums’ success allowed frontman Kurt Wagner to quit his job laying floors; with his new free time, he embarked on a project to write a song a day.  Wagner still a reticent pop musician after nearly a decade of recording, the project served as a self-legitimization exercise and provided him with enough material for two albums.  In ’03, Lambchop was commissioned to perform a live score to a festival showing of F. W. Murnau’s 1927 silent film Sunrise.  Wagner incorporated his daily songs into that effort, and Lambchop’s ninth album, No You Cmon, would open with an instrumental named for the film.  By 2004, releasing two albums on one day was no longer the dazzling stunt it was in ’91 when Guns ’n’ Roses issued Use Your Illusion I & II or when Bruce Springsteen broke up the E Street Band to unleash ’92 career nadirs Lucky Town and Human Touch.  In ’02, Tom Waits brought dignity to the tactic with fraternal twins Alice and Blood Money.  Lambchop’s UK label, City Slang, released the band’s diptych as a regular double LP with two titles; stateside, however, Aw Cmon and No You Cmon remained two separate entities.

Aw Cmon is the superior of the two albums.  While they are similarly structured, boasting the lushest arrangements of the band’s career to date, uncharacteristically including numerous instrumentals, strengthening their unique amalgamation of soul and the Nashville sound, and operating with a sense of levity absent from their predecessor, Aw Cmon simply possesses stronger and more memorable songs.  No You Cmon is the group’s weakest Aughts effort, an occasionally silly record whose arguable highlight is the quasi-instrumental doo-wop lark Shang a Dang.  Aw Cmon opens with instrumental Being Tyler, starting with a sprightly, mildly funky bassline reminscent of earlier rhythmic Lambchop efforts like their ’98 cover of Curtis Mayfield’s Give Me Your Love before blooming into a breezy orchestral flourish.  Aw Cmon’s other instrumental, Timothy B. Schmidt, wryly named for the Poco/Eagles bassist, is a bouncy, mid-tempo, piano-led pop confection.  Women Help to Create the Kind of Men They Despise climaxes with a slowly chanted vocal line reminiscent of Frank Zappa’s ’67 nutty operetta Brown Shoes Don’t Make It.  “I hate candy/But I like rain,” opens I Hate Candy before gliding into a slinky groove on choruses of “Where’s my little trouble girl/There’s no real trouble, girl.”  Something’s Going On finds Wagner’s voice deeper than ever--going to nearly subwoofer levels on the bridge--his vocals syncopated to the point that they almost function as percussion despite an intricate lyric about anxiety that manages to name check Michael Jackson and his chimp Bubbles.  The album’s most earnest number, the aching, piano-and-string-laden Steve McQueen, addresses the value of honesty: “Make sure we never ever stand in each other’s way/When you got something that you got to say that’s real/Look to each other.”  Aw Cmon, along with its slighter sister, provides the most fun in Lambchop’s dense Aughts catalog; a playful record, often sensual and occasionally as poignant as their more sober recordings, Aw Cmon demonstrates the band’s increasing virtuosity while remaining true to Wagner’s singular, homespun sense of wonderment.

Sublime bit: When Wagner pleads, if ungrammatically, “Take me serious,” 2:48 into Steve McQueen.

Read the NOYOUCMON mission statement here.
Posted by noyoucmon at 2:04 AM