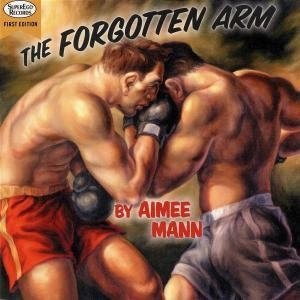 By 2000, fifteen years had passed since Virginia-born singer-songwriter Aimee Mann and her band ’Til Tuesday had a top-ten hit with the MTV staple Voices Carry.  In the interim, the group released two more albums, including their overlooked final LP, Everything’s Different Now (’88), and Mann issued two solo full-lengths.  Both of her ’90s solo efforts were clouded by record-biz problems; pre-fab major label Imago collapsed a year after releasing her ’93 solo bow Whatever, and ’95’s I’m With Stupid saw her with Geffen who found fault with her inability to reproduce Voices Carry.  Buying out her own contract and clearing the cobwebs with substantial contributions to the score of Paul Thomas Anderson’s ’99 film Magnolia, Mann recovered by setting up one of the first artist-run Internet distribution channels for her own music; all of her Aughts work would be released domestically on her own SuperEgo Records.  Her first Aughts LP, the ’00 Bachelor No. 2, was a critical success and best solo work to date.  It proved that alternative business models could be profitable for a major artist, and Mann was a rare example of a video-age pop star whose abandonment of typical industry trappings resulted in some of her finest work.  Next was Lost in Space (’02), a respectable set that holds up better than her ’90s work yet is not as compelling or effortless as its predecessor.  After an ’04 concert outing, Live at St. Ann’s Warehouse, came her fifth solo studio LP, The Forgotten Arm.  It was easy to be suspicious of this record.  After the slight step backward of Lost in Space, a concept album about an alcoholic boxer wasn’t the most promising sign.  Even if the concept was just a mechanical trick to drive the writing process, it didn’t matter; The Forgotten Arm turned out to be a highlight of Mann’s career.

John and Caroline meet in the opening track, Dear John, when she sees him boxing at a fair on Mann’s home turf of Richmond.  Caroline reveals almost immediately that “there’s something wrong with me,” while John soon thereafter ups the ante by leaving to go to rehab (Goodbye Caroline).  She stays true to him, even though he’s “Going Through the Motions” and, as another song title describes John’s recalcitrance, “I Can’t Get My Head Around It.”  Their trajectory is predictable, not by any fault of Mann’s but because of the pattern of the addict: promises, relapses, promises.  Caroline and John’s story ends with them reunited once again, in another hotel in yet another city, their love undeniable and Caroline concluding “All I want to do today is make you happy.”  The album is compelling not because of the characters, though, but because of Mann’s sharpened songwriting.  The songs on The Forgotten Arm are some of her most focused, inspired compositions, and the performances are among the most spirited of her solo career to date.  As with all of Mann’s albums, she and her band (here featuring guitarist Jeff Trott) are skillful and polished; the tasteful production of fellow songwriter Joe Henry avoids any charges of wanton slickness.  While on first blush The Forgotten Arm seemed a troubling concept, those who persevered were treated to a triumphant expository accomplishment that, song for song, may be Mann's best album.

Highlights: Goodbye Caroline, Dear John, Video, That’s How I Knew This Story Would Break My Heart

Sublime bit: The way Mann’s voice descends on the words “nicotine cloud” at 2:09 of Goodbye Caroline as the song upshifts to its driving coda.

Read the NOYOUCMON mission statement here.
Posted by noyoucmon at 3:16 AM