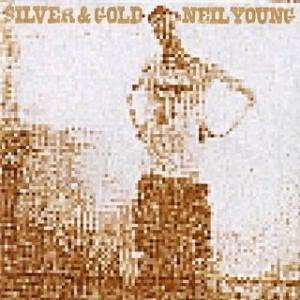 When 2000 dawned, it had been over three years since the last Neil Young studio album--the longest gap of his 31-year solo career.  That record, the pleasingly disjointed ’96 Broken Arrow, came shortly after the death of Young’s friend and producer David Briggs; the two had worked together for 26 years.  A tour with Crazy Horse followed, along with the ’97 double-live Year of the Horse, as of this writing the last full release with his longtime backing band.*  He spent the rest of the ’90s working on two projects: Looking Forward, his first record with Crosby, Stills & Nash since ’88 and only their third studio LP since their ’70 debut; and his 25th solo album, Silver & Gold.  For his first Aughts release, Young returned to the acoustic stylings visited most recently on the ’92 Harvest Moon and several times before, most famously on his ’72 hit album Harvest.  Harvest loyalists tend to claim any country-leaning Young album as a sequel.  Emphasizing this suspicion for some is the appearance on Silver & Gold of the aforementioned albums’ steel guitarist Ben Keith and backup singer Linda Ronstadt; however, Ronstadt (along with fellow occasional Young collaborator Emmylou Harris) sings on only one song, Red Sun, and Keith’s return speaks not to a planned third part of Harvest but to Young’s tendency to keep a handful of backing bands that he rotates depending on the musical needs of his current project.  Another habit blurring his catalog’s lines is the return to old compositions when the time is right; for Silver & Gold, he revived a pair of unrecorded songs dating to ’82 (the title track) and ’84 (Razor Love), both of which he’d played live in the years since.**

The revisiting of songs almost twenty years old matches the album’s themes of reminiscing and reevaluation.  This is most explicit on Buffalo Springfield Again, the most upbeat number and a candid account of Young’s memories with that group in the late ’60s before their acrimonious breakup (“It ate us up/Now I ain’t sayin’ who was right or wrong”); hearing the group on the radio, Young imagines a reunion, stating “I’d just like to play for the fun we had.”  Parental love is addressed in two songs.  Daddy Went Walkin’ is a warm account of a father’s mundane activities and set of observations--the gathering of firewood, his corduroy pants and plaid shirt, riding in a car with a dog--concluding with an idealized depiction of the father’s love for the mother.  When not reminiscing, Young examines the solidification of existing relationships.  In Red Sun, Young’s narrator imagines a placid future with a lover, adding “I dreamt that my mama and daddy were there.”  Opening cut Good to See You describes reuniting with a lover, its title’s simple sentiment amplified by the deeper emotional resonance of a permanent homecoming.  Distant Camera asserts, “Life is changing everywhere I go/New things and old both disappear/If life is a photograph fading in the mirror/All I want is a song of love to sing to you.”  A line in Without Rings addressing communication failure--“My software’s not compatible with you”--was a howler in a pre-Web 2.0 society, yet resonates more keenly a decade later when so many relationships are mitigated online.  An ambling, amicable album, Silver & Gold was Young’s last strong release before a flaccid six-year stretch, a tender acknowledgment that love is our most precious asset.

* The 2003 album Greendale is credited to Neil Young and Crazy Horse, but does not include the entire group.  Crazy Horse guitarist Frank Sampedro did not participate due to Young's conclusion that the album required only one guitarist.

** Razor Love is shown on Silver & Gold credits as having a 1987 copyright date; bootleg recordings reveal performances of the song as early as 1984.

Sublime bit: The emotion in the verse endings of “I feel like I know what my life is for” and “I feel like making up for lost time” in Good to See You.