Bubbling Under #107. The Silence of Love 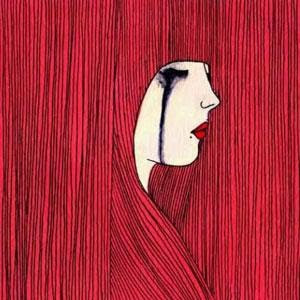 The 1983-91 work of 4AD Records’ studio project This Mortal Coil presented haunting, gothic vistas filled with arcane covers performed by a revolving cast from the label roster. Its coda was a ’98 LP credited to the Hope Blister, using the original pattern but with a static lineup. Those wanting more of this can take solace in their spiritual descendants, Headless Heroes. Organized by NYC A&R man Eddie Bezalel, the project finds a group of session pros (including guitarist Josh Klinghoffer and drummer Joey Waronker) tackling obscure folk nuggets by artists like Jackson C. Frank, Vashti Bunyan, and Linda Perhacs, and a few better-known tunes such as the Jesus and Mary Chain’s Just Like Honey and Nick Cave’s Nobody’s Baby Now. The A&R origins and players’ slick pedigrees betray the warm beauty brought to the project by its lead vocalist, Alela Diane. Chosen by Bezalel and producer Hugo Nicolson after lining up the material and musicians, she had made only one LP of her own, the ’06 The Pirate’s Gospel, a collection of lush yet tentative country-tinged folk. As with the Hope Blister and Louise Rutkowski, The Silence of Love is Alela Diane’s hour. While it deviates stylistically from her solo work, she handles the songs as if they were written for her. The sumptuous arrangements are seasoned with strings, trumpet, lap steel, and organ, rendered to most spectacular effect on the Philamore Lincoln song The North Wind Blew South. Alela Diane would go on to higher glories with her next solo album; one hopes, though, that on occasion she returns to Headless Heroes for rest and relaxation from the rigors of composition.

Highlights: The North Wind Blew South, Blues Run the Game, To You

Read the NOYOUCMON mission statement here.
Posted by noyoucmon at 12:08 AM