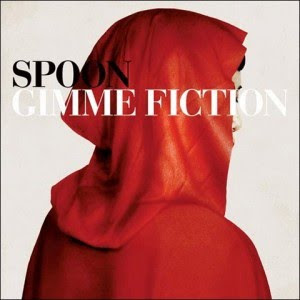 Austin, Texas, songwriter Britt Daniel and his band Spoon are the sophisticated workmen of indie rock. They create a sound that manages to be simultaneously luxe and taut, avoiding gimmickry and adding only the occasional tasteful ornamentation such as piano or effects. On Gimme Fiction, Spoon’s fifth album and third of the Aughts, five songs were recorded solely by Daniel and longtime drummer Jim Eno; former bassist Josh Zarbo returns for one song and the rest is handled by session players. Spoon, regardless of roster, evokes classical influences like late-'70s Elvis Costello, solo-era John Lennon (see the piano-led opening cut The Beast and Dragon, Adored) and the Rolling Stones without betraying their own modernism or devolving into pastiche. Daniel’s voice has a narrow range that he escapes only with the odd falsetto, and while each Spoon album has its general stylistic differences they are, arguably, largely interchangeable exercises in cleverly written, sharply arranged millenial-era rock for post-graduates. So why Gimme Fiction? For one, its arrangements are more interesting and diverse than its predecessors, with plenty of piano, resulting in the band’s least monochromatic album to date; for every archetypical Spoon pattern, there is a departure like the prickly disco minimalism of I Turn My Camera On, the nearly sunny pop of Sister Jack, or the opaque almost-dub of Was It You?  Picking a favorite Spoon LP may come down to personal whim, but one could do worse than Gimme Fiction.

Read the NOYOUCMON mission statement here.
Posted by noyoucmon at 12:33 AM