Bubbling Under #110. Lullaby for Liquid Pig 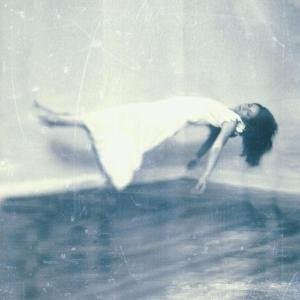 110. Lullaby for Liquid Pig, Lisa Germano (Ineffable/iMusic, 2003; Young God, 2007)
The five ’90s solo LPs by former John Mellencamp violinist Lisa Germano include some of that decade’s most startling music. Her elegant, atmospheric sound masks her confessional, self-deprecating lyrical explorations of grim human conditions, frequently addressed nakedly and devoid of metaphor. Germano continued to write after retiring from the business in ’98; five years later she released Lullaby for Liquid Pig, the first and finest of the three albums she’d record in the Aughts. All of them are hauntingly sparse, her breathy vocals wending through the gauzy, electronics-laden and often percussionless arrangements almost with the feel of tone poems. Pig explores a handful of topics: shame; loneliness; submission; and, most notably, alcoholism. Four songs explicitly discuss alcohol dependency. When she sings “Hate will grow with your alcohol glow/You get used to the show” on Pearls, it is as if from experience. Guest appearances by Johnny Marr, Wendy Melvoin, and Neil Finn slip by unnoticed, blending seamlessly into Germano’s dreamlike soundscape. The album, reissued by Michael Gira on his private label after the original issue quickly fell out of print, is a difficult listen; still, the unshakable melodies that drift through the album’s glaze of beautiful regret rival anything Germano has done.
Highlights: Paper Doll, Candy, It’s Party Time

Read the NOYOUCMON mission statement here.
Posted by noyoucmon at 12:47 AM