Bubbling Under #111. Before the Dawn Heals Us 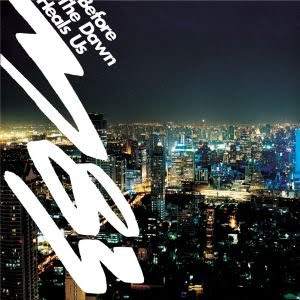 French electro duo M83’s first two albums consisted primarily of cinematic, ambient instrumentals; ’03’s widely acclaimed Dead Cities, Red Seas & Lost Ghosts saw Anthony Gonzalez and Nicolas Fromageau sonically evolve leagues beyond the drifting mood pieces of their ’01 eponymous debut. Fromageau quit after touring Dead Cities; while Gonzalez did record four of that LP’s pieces by himself, it seemed unlikely that the next M83 work would be a stylistic leap making its precursors appear wan and primitive. Before the Dawn Heals Us, recorded primarily by Gonzalez (six songs tellingly co-written by his filmmaker brother Yann), bolsters the M83 sound with powerful, aggressive arrangements and a bold production style inspired by ’90s shoegaze. Guitar is used more than ever; Loic Maurin’s authoritative live drums are used on eight songs; and several songs have full-blown vocal tracks, a first for the band. This new approach aside, Gonzalez’s songs are still built as mood pieces; one can easily imagine any song here playing as a camera soars above a landscape like the album cover’s skyline. The quintessence of the form comes with instrumental “A Guitar and Heart,” with its layers of echoing, propulsive synths and guitars and Maurin’s booming drum fills marking each segment. Gonzalez is prone to earnest drama, including two spoken parts by actress Kate Moran that some will dismiss as histrionics. Most notorious is Car Chase Terror, whose lengthy dialogue will prove a dealbreaker for some listeners; one tolerates an uncomfortable sequence in a film, however, and Gonzalez challenges us to do the same with an album. Before the Dawn Heals Us documents one of the decade’s strongest evolutions in pop music.

Highlights: Don’t Save Us From the Flames, Teen Angst, Car Chase Terror