Bubbling Under #125. Behind the Music 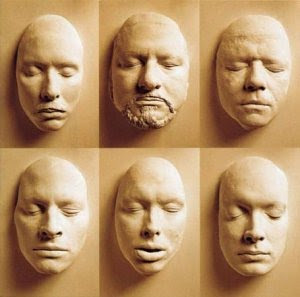 125. Behind the Music, The Soundtrack of Our Lives (Telegram Sweden, 2001; Republic/Universal US 2002)
Stout, bearded, kaftan-clad Ebbot Lundberg may cut an odd figure for a charismatic frontman, but his Swedish group produces charged tunes whose influences are rooted in classic rock without ignoring the present. The power-chording, tambourine-shaking, hand-clapping sound they create possesses the nuanced masculinity of The Who, the rustic pop tropes of middle-period Kinks, and a faithfulness to the psychedelic grunge of ’60s garage bands. On the group’s third album and the first to receive a US release (and, peculiarly, an ’03 Grammy nomination for Best Alternative Album), TSOOL continues their habit of double-length LPs supplied liberally with ambitious, skyward anthems most bands would save for an album’s closing song. If the sonic influences are basic, the lyrics are a more complicated affair. Conscious of the benefits of psychic and emotional progress, even if none is made (Mind the Gap, Infra Riot, Keep the Line Movin’), concerned with the metaphysical (In Someone Else’s Mind, Still Aging), and sprinkled with zen-informed aphorisms (Still Aging’s “I had to split into pieces to get by/To live I just had to die”), the sentiments are no mere optimistic psychology. Lundberg has no qualms with modern cynicism, best emblemized by 21st Century Ripoff and its admission that “I’ve been cheated by everyone/and everyone’s been cheated by me.” Out-of-touch boomers convinced that no good rock music was made after ’75 should hear TSOOL, ASAP.
Highlights: Infra Riot, Nevermore, Sister Surround