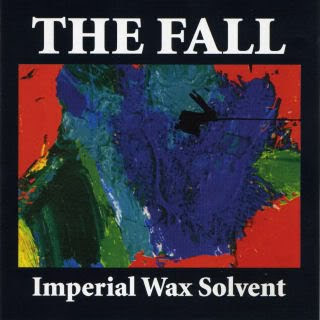 Mark E. Smith has obstinately recorded under the Fall brand since the clattering punk days of ’76 and through two band-wide dissolutions, including an ’06 tour during which half of the band defected. Imperial Wax Solvent is his 28th studio LP as the Fall; the only people still listening are likely the longtime fans as stalwart as Smith himself. The follow-up to Aughts nadir Reformation Post-TLC (’07), Imperial is among the better half of their six Aughts full-lengths. Smith’s penchant for wankery disguised as musique concrete is at a minimum; his vocals sometimes appear extemporaneous, but the songs sound intentional compared to the one-offs cluttering Reformation. Wolf Kidult Man is a stomping rocker that recalls the Stooges; Strangetown is the album’s requisite cover (a ’70 cut by UK blues group the Groundhogs); the skewed pop of I’ve Been Duped is penned by Smith but sung by his keyboardist wife Eleni Poulou. The centerpiece is the hilarious, eleven-minute 50 Year Old Man, Smith’s rants therein including that he knows what comes out on CD, he’s not impotent, and he doesn’t like to reuse hotel towels. His tongue has dulled a bit; but, on this final album of the decade, Smith’s acerbic punditry and groove-heavy bandmates du jour make for the best Fall release in five years.