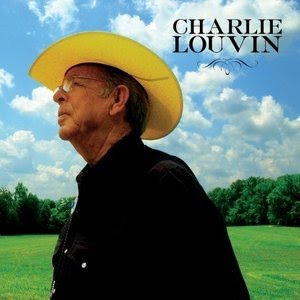 Charlie Louvin and brother Ira sang together for a decade prior to their ’56 debut LP; famed for their close harmony that mixed gospel and the secular, the duo split in ’63 but later influenced many rock artists. Charlie recorded actively into the mid-’70s; Ira died in a ’65 car wreck. Like many country singers, Louvin’s star faded in the ’80s. Austin roots label Watermelon tried to revive it in ’96 with new LP The Longest Train; in ’02, sloppy Tennessee label Country Discovery issued another, The Sound of Days to Come. In his 80th year Louvin received a proper new contract, from NYC’s Americana label Tompkins Square. Its eponymous first fruit boasts a band of new-Nashville pros and a stable of guests, both country vets (George Jones, Tom T. Hall, Marty Stuart, Bobby Bare) and rockers of varying pedigree including Elvis Costello, Will Oldham, and Jeff Tweedy. Four members of Nashville indie outfit Lambchop appear throughout, including Louvin’s co-producer Mark Nevers. Louvin’s writing heyday behind him, covers and rerecordings (including three Louvin Brothers songs) dominate.  The guest vocalists contribute harmonies or the occasional verse, and the music is straight traditional country.  The most notable song is the great Ira, an emotional tribute to his brother that appeared in different form on the ’02 LP. “Your voice is strong, though you are gone/’Cause I still hear your part,” sings Louvin, still devoted to his lost partner 45 years on. Charlie Louvin was a success and by decade’s end he had recorded three more LPs for his new label; the first is the finest, but more important is that after years of poor stewardship Louvin found a capable, supportive record company and a new audience to support him in his twilight years.